It was my birthday this week. As the world is still on lock-down I decided I wanted to make my own cake.

I have some small cake tins so I made 2 small rounds the weekend before that I froze to keep for decorating this week. I wasn’t 100% sure what my plan was – at first it involved Jammy Dodgers and Party Rings, but ended up only using the latter.

I wasn’t feeling adventurous on flavour, so I went with the good-old Vanilla cake, vanilla buttercream and strawberry jam combo. I smeared some random pink colours around, and used a white chocolate drip. The gin was just as it was colour co-ordinated and made the cake more grown-up!

The top of the cake was decorated with some of the pink buttercream and Party Ring biscuits.

Finally, when I baked the cake layers, there was a bit too much cake mix. I didn’t want to over-fill the cake pans so I decided to make 2 x cupcakes with the remaining mix. I decorated these to match the cake:

Even with a smaller cake, there’s still 2 Party Rings worth left even though I also gave some to friends on Monday! I miss being in work where I could force cake upon my workmates… I love making it, but there’s only so much I can eat myself.

It’s been a year since I got some software in work that I never thought I’d get, so I used this as an excuse to bake a load of cakes and share them with my work colleagues…

The Blue theme was literally because I bought a Dr. Oetker sprinkle-mix that I liked the colour of. Some more details on each item follow:

My mum had an early celebration for her 60th Birthday so of course I used this excuse to make her a cake. The plan started with a Balloon Cake (as I had been wanted to make one of these for a while) and quickly escalated from there.

In the end I made a cake table with multiple types of cake.

I was asked to create this birthday cake based on a design I got sent over email. A simple pastel cake (though not quite as pastel as I’d have liked – damned bold food colouring!).

It was a vanilla cake with strawberry filling and vanilla buttercream (my standard go-to cake).

I’m late to the bandwagon for these, but I finally got around to trying to make some cakesicles this weekend.

I bought the mould a week ago and decided to put chocolate in the moulds, cake mix in there, then seal with chocolate before taking out of the mould. I found that some of the cakesicles were too delicate and cracked as I tried to remove them. Next time I’m going to use the moulds to form the cake, then dip them in chocolate instead.

For a first attempt I’m quite happy with how they went. I intend to make some to go with my mum’s 60th birthday cake next month, so watch this space for more!

Some friends got married this week and were having a simple service with “no fuss”. I wanted to make a fuss so I made them this small wedding cake. It’s a basic vanilla / strawberry jam on the inside with vanilla buttercream too.

I used Wilton Whitest White to get the icing colour right, and sprayed a pearl spray on at the end to give it the shiny finish.

The flowers were just artificial ones to finish it off.

For my birthday last year, I was given a photo box thing to take photos in, but I’m lazy and so had rarely used it. I decided to use it for some shots of this cake.

Another bake this month was this “Mini” cake for my Grandma’s 80th Birthday. We made a hamper for her full of nice things, and the cake was a small addition.

It’s just vanilla cake, with jam and vanilla buttercream. The daffodils are fake. 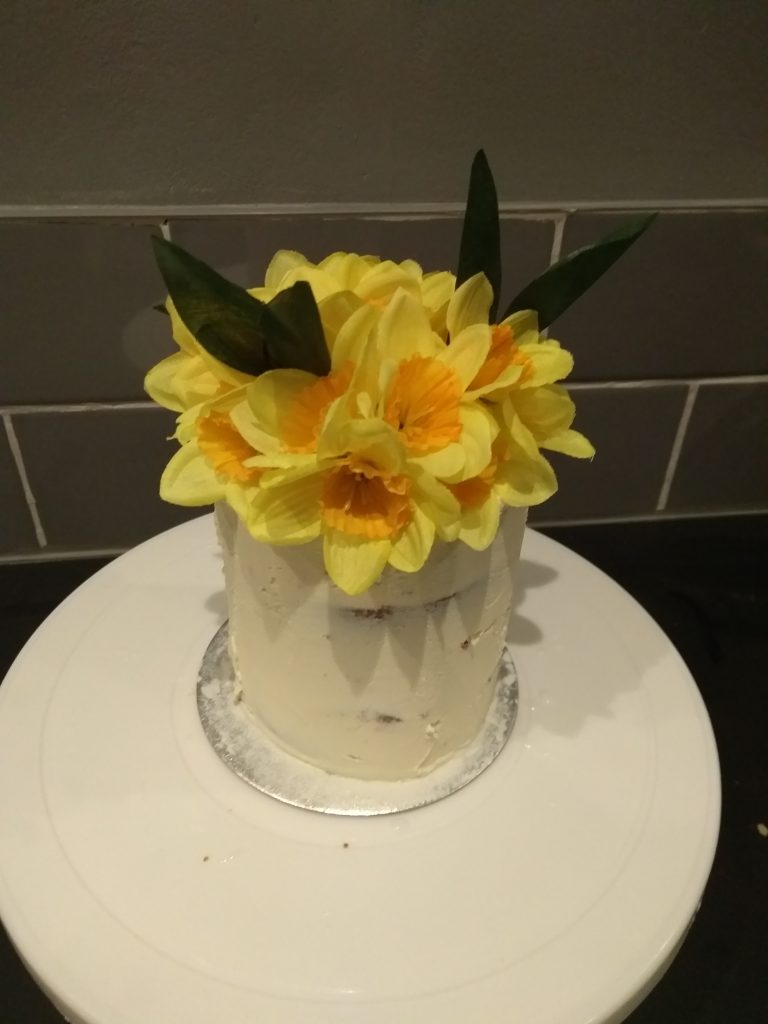 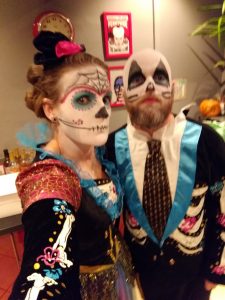 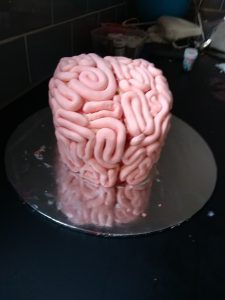 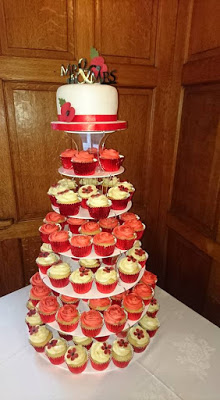 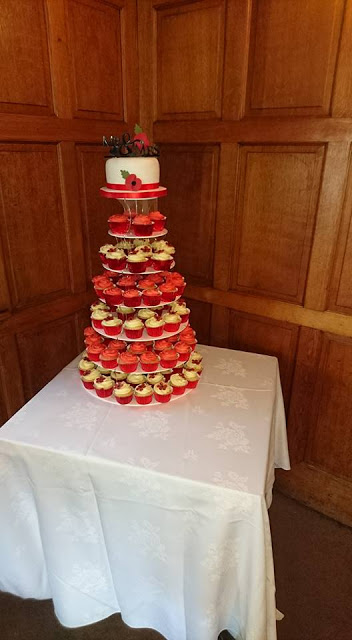 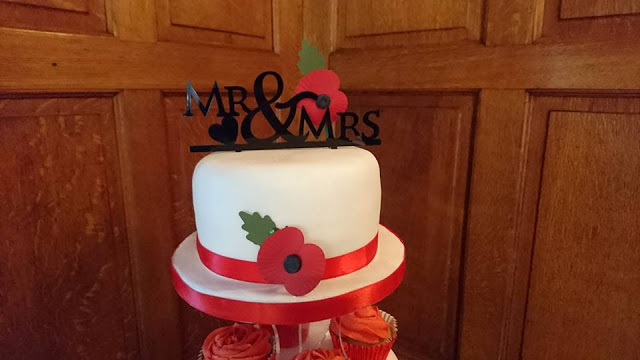 The above was the result of being asked to make a “rainbow cake”. The inside consisted of seven different colour layers (red, orange, yellow, green, blue, indigo, violet).

I covered the cakes in vanilla buttercream, and make multicoloured ganache drips for the top.